Every Wednesday morning my daughter has a choir at school. They are learning songs in preparation for a concert they are giving to parents twice a year. It is really cute and a great performance! Recently they’ve been learning the song from The Lion King

, “The lion Sleeps Tonight”. When my daughter told me that, I asked her if she wanted to listen to that song and maybe even see the Lion King. She wanted, of course. So I search on YouTube and I found a nice sound track. When it was finished, my daughter burst into tears and was crying for at least 20min! She said it was so sad that the lion was dead. It took me another 20min to calm her down and explain all over again what happened in the story and why. Did your kids also cried when they saw The Lion King for the first time?!? To honor the lion, we made this nice lion shaped sandwich and the smile came back on my daughter’s face. She ate it, holding her lion plush

all the time. What an experience for Mom! 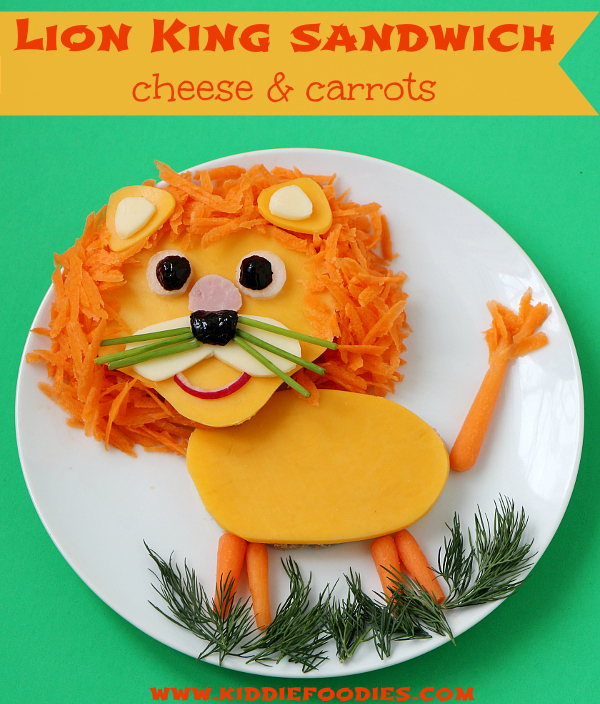 Did you know that lions spend much of their time resting and are inactive for about 20 hours per day? They spend an average of two hours a day walking and 50 minutes eating.

Step1 Cut the bread into the following pieces: one for the head and the other one for the body: 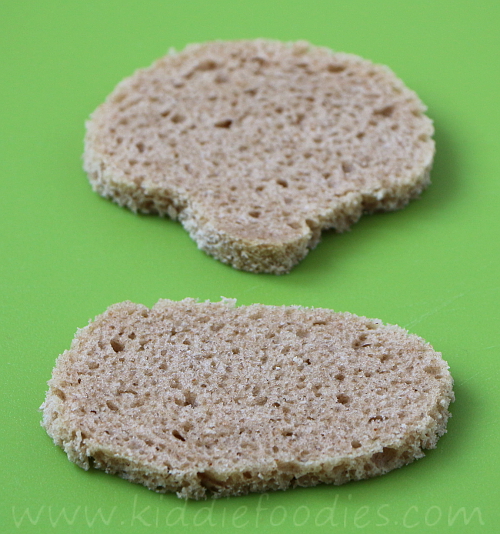 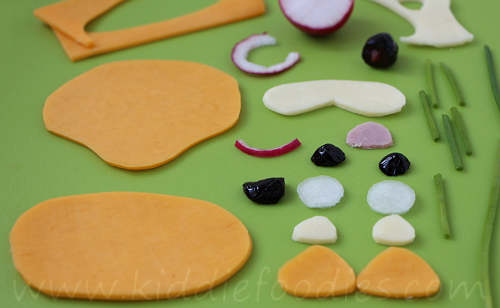 Step3 Place the bread on a plate and spread it with butter. Cover with the orange cheese. Decorate lion’s head with pieces prepared in Step2, as shown on the picture below. Use grated carrot to make lion’s mane. Place the ears. Make lion’s legs and his tail using mini carrots; cut them if needed to adjust the length. Use a little bit of the grated carrot to decorate the end of the tail. Place the dill on the bottom of the plate to make some grass. Enjoy! 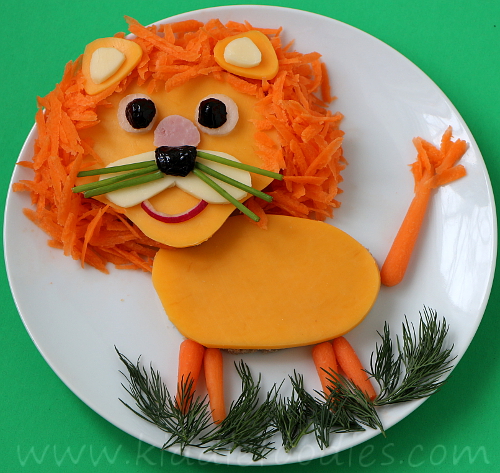 Easter is approaching very fast, to be honest … END_OF_DOCUMENT_TOKEN_TO_BE_REPLACED

What are your New Year's resolutions? If one of … END_OF_DOCUMENT_TOKEN_TO_BE_REPLACED

As Christmas Eve is around the corner, I have … END_OF_DOCUMENT_TOKEN_TO_BE_REPLACED