You are here: Home / Sandwich / Dog with a heart ham sandwich

Some time ago, my daughter received a red puppy dog from her aunt, but only recently he became her best friend. She carries him everywhere, talks to him and takes care of him as it was a real dog. I guess she thinks he is so special because he loves her with all his heart… The puppy dog ham sandwich was a big hit and made her like her puppy friend even more! 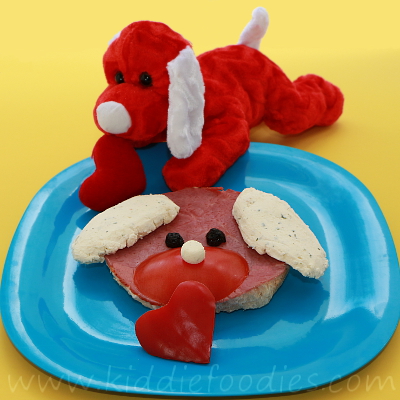 Did you know that dogs , in general, have an olfactory sense ranging from one hundred thousand to one million times more sensitive than a human’s? The wet nose helps dogs determining the direction of the air current containing the smell.

Step1 Cut the bread roll in half. Cut oval shapes from one part, spread them with cheese to make the dog’s ears. Cut an olive in half. Cut a slice of tomato, you can use the part on the edge, this will make a nicer muzzle for the dog. Cut a heart shape from the red pepper using a knife or a cookie cutter. 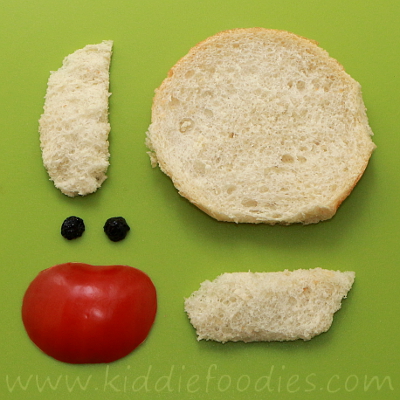 Step2 Cut a slice of ham in the same shape as the round bread. Spread butter on it and put the ham on top. Place the tomato slice to make the dog’s muzzle and put a small ball of cheese on top to make his nose. Use olives to make his eyes. Place two slices of bread with cheese to make the ears. Put the heart as if the dog was holding it. Enjoy! 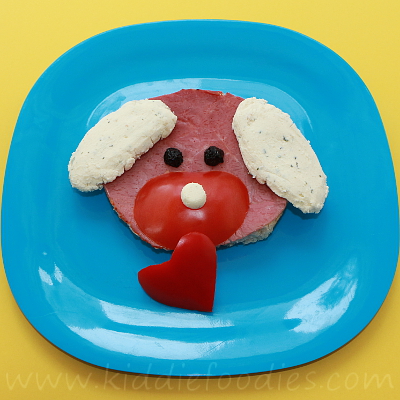 Dog with a heart ham sandwich

Easter is approaching very fast, to be honest … END_OF_DOCUMENT_TOKEN_TO_BE_REPLACED

What are your New Year's resolutions? If one of … END_OF_DOCUMENT_TOKEN_TO_BE_REPLACED

As Christmas Eve is around the corner, I have … END_OF_DOCUMENT_TOKEN_TO_BE_REPLACED